I have a minor in psychology, but I still felt completely unprepared for the ins and outs of my villain’s mindset. I wanted to create someone a little different than your typical Voldemort or Professor Umbridge–where the reader has absolutely no empathy with him/her and where you wish they would leap off the edge of a cliff in a blazing inferno of anguish. And all the people rejoice. 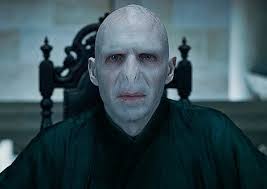 I wanted instead to create a character that once had a decent beginning, someone with whom the reader could identify, maybe even have shared a cup of coffee with at some point earlier in their career. Someone who, had things gone just a little differently, might have ended up the protagonist (here’s looking at you, Mr. Rochester). 😉

This was more difficult that I had anticipated, however. In my head, I could see the fully fleshed-out villain in all the glory that follows such a character, but stripping off their skins, baring them to their inner core, was a tough process.

The villain kept morphing on me. I’d think I had them pegged down, but they’d change before I could really get a grasp on who they were. While I gripped my hair and stared wild-eyed at the laptop screen, my husband offered me this jewel: “You’re the author. Just make them who you want them to be.”

After I got done giving him the hairy eyeball, I went back to the drawing board.

Nobody is born a killer. They may become predisposed to such things through external circumstances and/or internal factors like mental illness. But a baby does not come out of the womb ready to kill. So I had to take my mind back to that first innocence and build the character from there.

In the earliest portions of the book, cool logic and method dictate the villain’s course of action. They’d already moved along from the once innocent that they were, but the seed of humanity still hangs, barely visible, in their decisions.

And THEN, hooray! The psychotic break!!!

This was such a fun segment for me to write, maybe because I’ve got a few hinges loose myself (but not in a bad way – my loose hinges present themselves much more amiably than this particular villain’s). It was so much fun to write the destruction of lucidity, to describe in vivid and colorful detail the slaughter of reason as it melted to pools around the villain.

At this point, you love to hate this person, but at the same time, there’s that deeper root that I built into the character. The villain once ate Cheerios, was late to school, owned a pet goldfish named Clyde, struggled with fractions, struggled with cliques and self-worth. So rather than setting the book aside at the end with the finger brush of “good riddance,” you’ll (hopefully) find this character walking with you for a few days at least.

I hope you’ll decide to see for yourself.

3 thoughts on “Making of Soul Survivor Part II: the Beginnings of a Villain”